Gastronomic destination of choice, culinary diversity and a paradise for gourmets

Istria, also known as Croatian Tuscany, is a peninsula in the Adriatic Sea facing Venice and bounded to the north by the Gulf of Trieste. Its nickname comes from its history marked by many influences that have considerably impacted its cultural heritage, including that of the Roman Empire, of which we can still find signs today. Istria is characterized by the quality of its products and its particularly fertile land, on which an incredible culinary diversity has developed, both continental and Mediterranean, inspired by its Italian neighbor.

Between the red earth and the turquoise sea, between green Istria and blue Istria, a true richness and variety of products and flavors is offered to your palate. Particularly famous for its exceptional white truffles, its wines among the best in Croatia and its olive oil considered today as “the best in the world”, Istria has proved to be a gastronomic destination of choice and a paradise for gourmets.

From a local tasting during a farm stay, to a visit to an authentic Istrian tavern, to agrotourism and oenology, Istria promises you a unique culinary experience. Meet the three emblematic products of this region, and let yourself be carried away, for a moment, by these flavors from elsewhere. 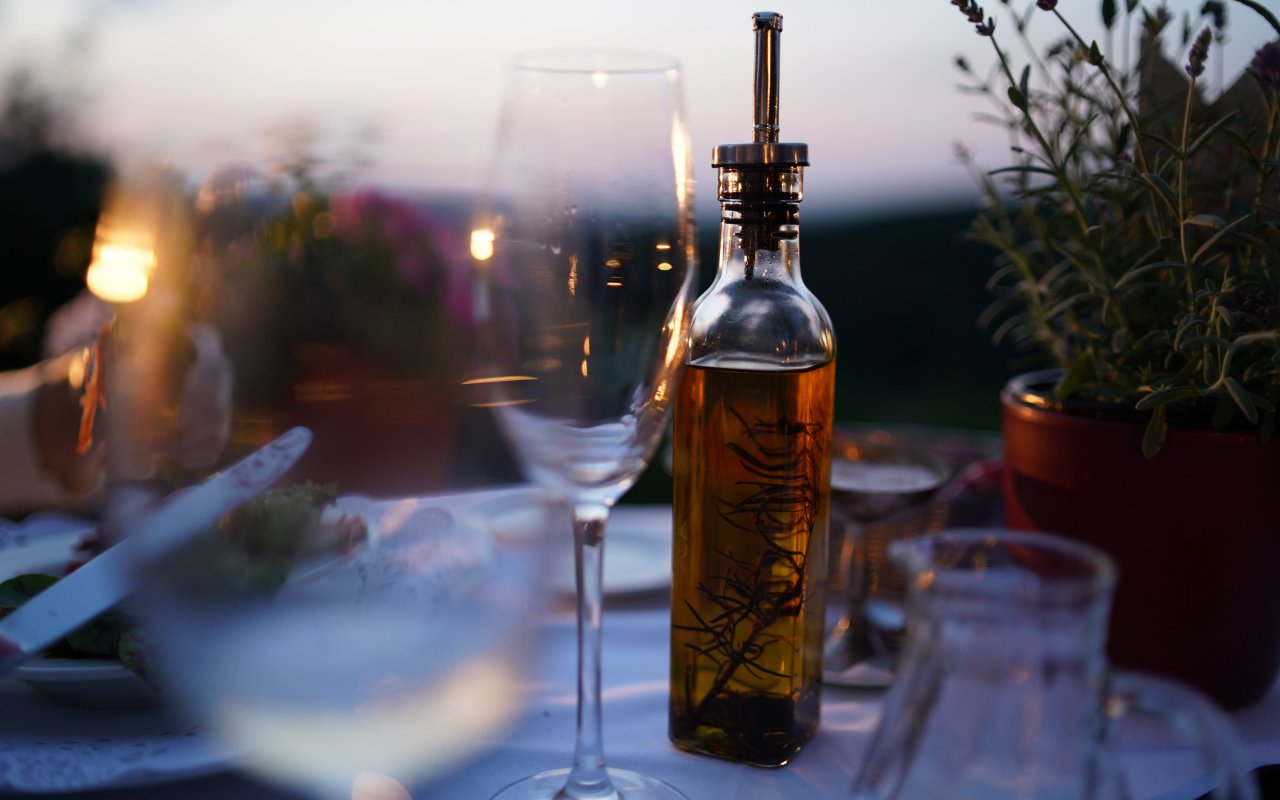 Croatia benefits from an incomparable geographical and climatic diversity, which explains why wine production is a know-how that goes back to antiquity. Producing wine is often a family tradition and each region has at least one variety that it takes particular care of. Central Istria is characterized by a quasi-continental climate that is favorable to vineyards.

The wine route in the hinterland allows you to discover this art, meet the wine growers and taste the delicious wines of the region. But beware, the wine is not the only thing you will enjoy. The charm of the landscapes, marked by remarkable successions of vineyards and olive groves, large preserved spaces and perched villages give Istria a little air of Tuscany or Provence that one takes pleasure in discovering. 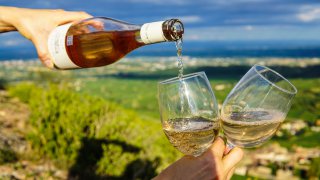 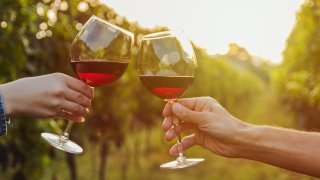 In the category of white grape varieties grown throughout the Istrian peninsula we can find pinot blanc, chardonnay and sauvignon blanc. But the main white grape variety is the Istrian Malvasia (Malvazija Istarska) which gives medium to strong wines with moderate acidity and aromas of flowers and fruits. Such wines will perfectly accompany and enhance the dishes of the region.

As for the red grape varieties, the region is known for Teran, a red wine with a rich and robust character, with strong aromas of red fruits.

A glass of Teran goes well with all meat and spicy dishes. It is also usually enjoyed with prosciutto and cheese.

The truffle is a type of mushroom appreciated, sought after and tasted since ancient times, by the Greeks as well as by the Romans. Very rare and prized, it can be found in France, Italy and Croatia. Paradise of the truffle, Istria became aware of the exceptional richness of this product and its lands at the beginning of the 20th century. Today, this treasure is considered the white gold of Istria and occupies an important place in the local gastronomy and heritage.

Several species of truffles of exceptional quality are grown in four seasons each year. The Tuber Magnatum Pico is the most expensive and most appreciated white truffle (it is the twin sister of the white truffle of Alba in Italy). 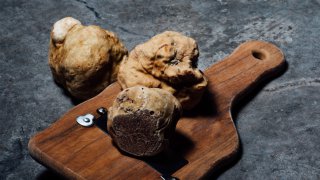 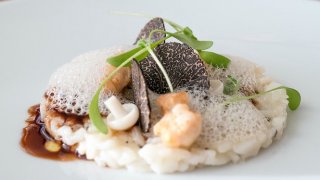 The preferred habitat of this truffle is along the Mirna River, in the Motovun forest. This mushroom grows from September to January, thanks to an excellent combination of a specific microclimate, moist soil and trees such as poplar, willow, hazel, oak and lime.

Not far from there is the picturesque medieval town of Motovun, known as the Great White. A well-deserved nickname because it is here that the largest white truffle in the world was found in 1999, weighing almost one and a half kilos, and registered in the Guinness Book of Records.

A real gastronomic pearl, the black and white truffle can be eaten in different ways. It can accompany an omelet or steak or be finely grated on pasta, including fuzi, a particular variety of homemade pasta, typical of the region. Istria is also rich in local products with truffles such as cheese, salami, honey and olive oil. 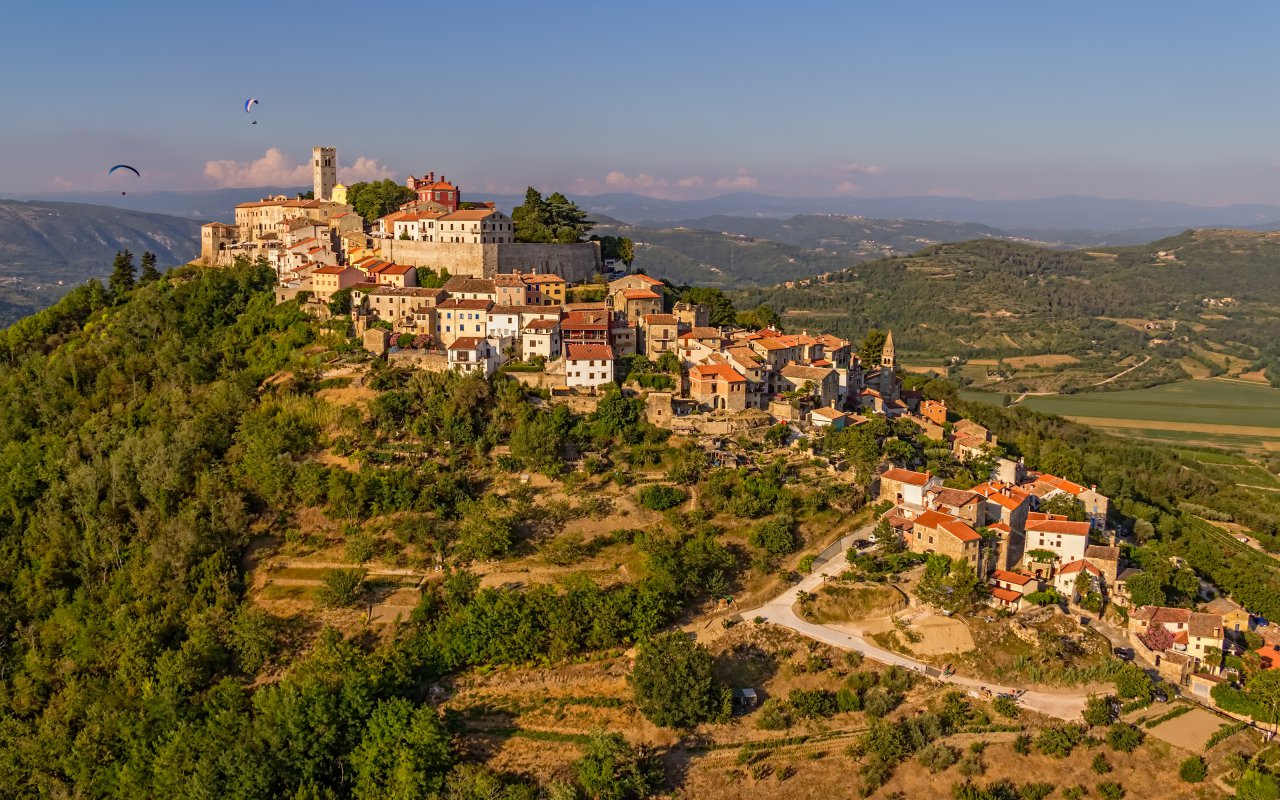 Among the most famous Mediterranean products, olive oil is undoubtedly the undisputed winner. It has been produced in Istria since ancient times, and this know-how is reflected today as it is one of the most appreciated in the world thanks to its quality, its unique taste and its perfect color.

Its reputation is such that Istria has been ranked for the sixth consecutive year as the best olive growing region in the world for extra virgin olive oils by the prestigious Flos Olei, the world’s most comprehensive guide to virgin olive oils.

The Istrian peninsula has a particular geography with a climate that is conducive to the cultivation of olive groves. The taste of olive oil is influenced by several factors such as the type of olive, the time of harvest, the method of harvesting and the pressing process. However, the most important factor is the soil. Most of the land in Istria is free of any toxins or pesticides which makes the olive oil organic, authentic and exquisite.

The harvesting of the olives is usually done from October to November, manually, and according to the ripeness of the olives. Harvesting by hand guarantees more precision and a better quality of the final product. Considered a central ingredient in the kitchen, it is nicknamed “liquid gold”. Historically, the olive was even used as a currency of exchange, like gold or silver. 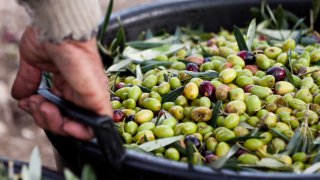 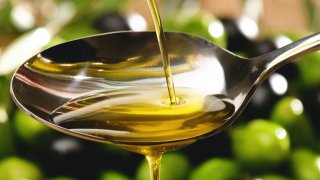 Croatia’s own olive species are “Buza”, “Oblica” or “Itarska bjelica” and they contribute to making Croatian olive oil unique. Some of these oils can be flavored, spicy, bitter, with garlic, or with peperoncino. In any case, there is something for everyone!

The many olive groves around the old olive oil routes of Istria offer the possibility to harvest olives, and often offer many delicacies to enjoy. And there is no lack of sights, such as the majestic and ancient olive groves of Lun on the island of Pag. This is where the wild olive trees live more than a thousand years, the oldest being 2000 years old. 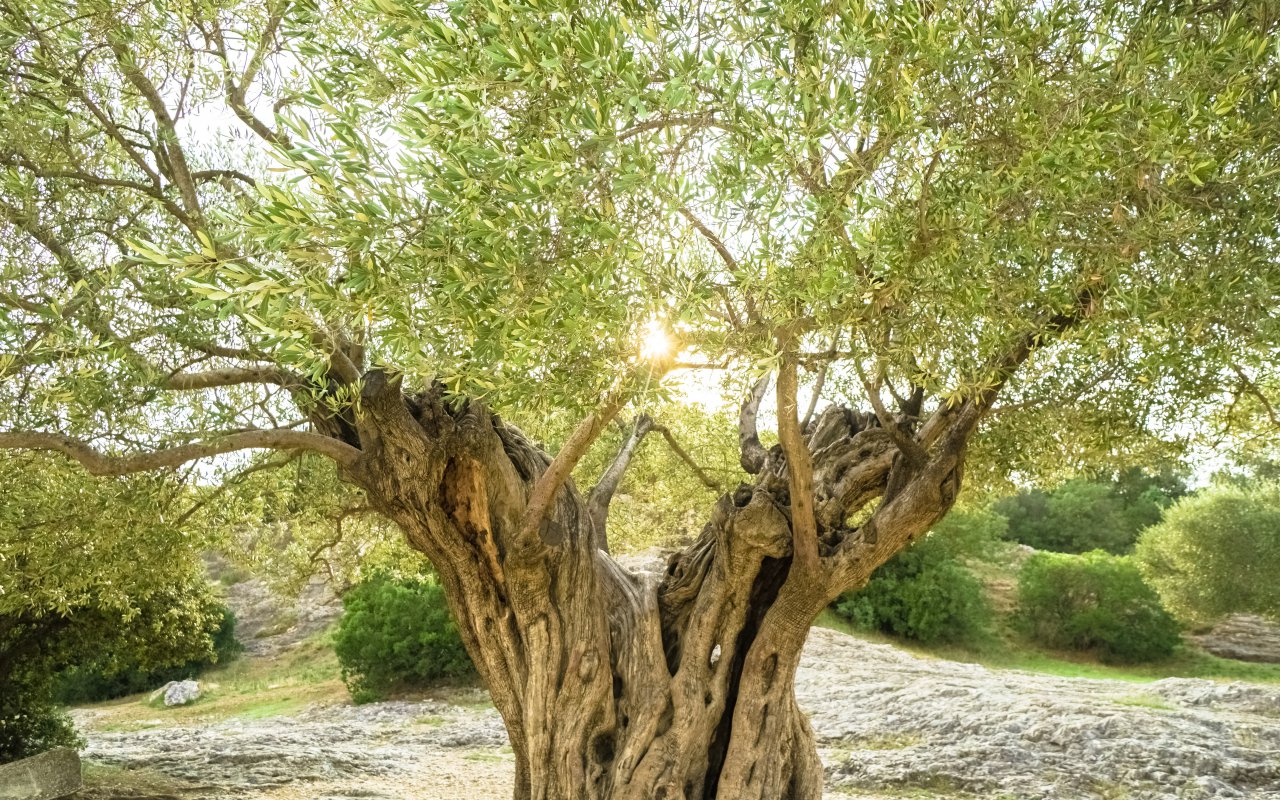 So don’t wait any longer and discover Istria and its unique flavors!

Find out more about Istria! 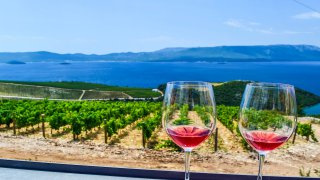 Oenotourism and Gourmet Getaway in Istria 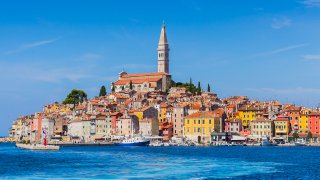 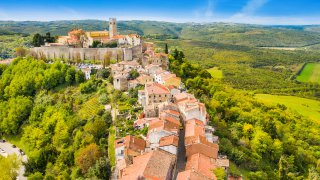 Thanks to its history and geography, this region reveals a unique blend of cultures. Long ago, it... 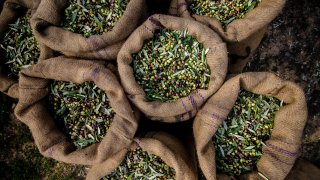 Between Italy, Slovenia and Croatia – Family road trip with your vehicle

Adventure and lazing around with your family in Montenegro

Trip to Croatia, discovery of the Adriatic Jewels